New life with the support of Jeewasha Foundation 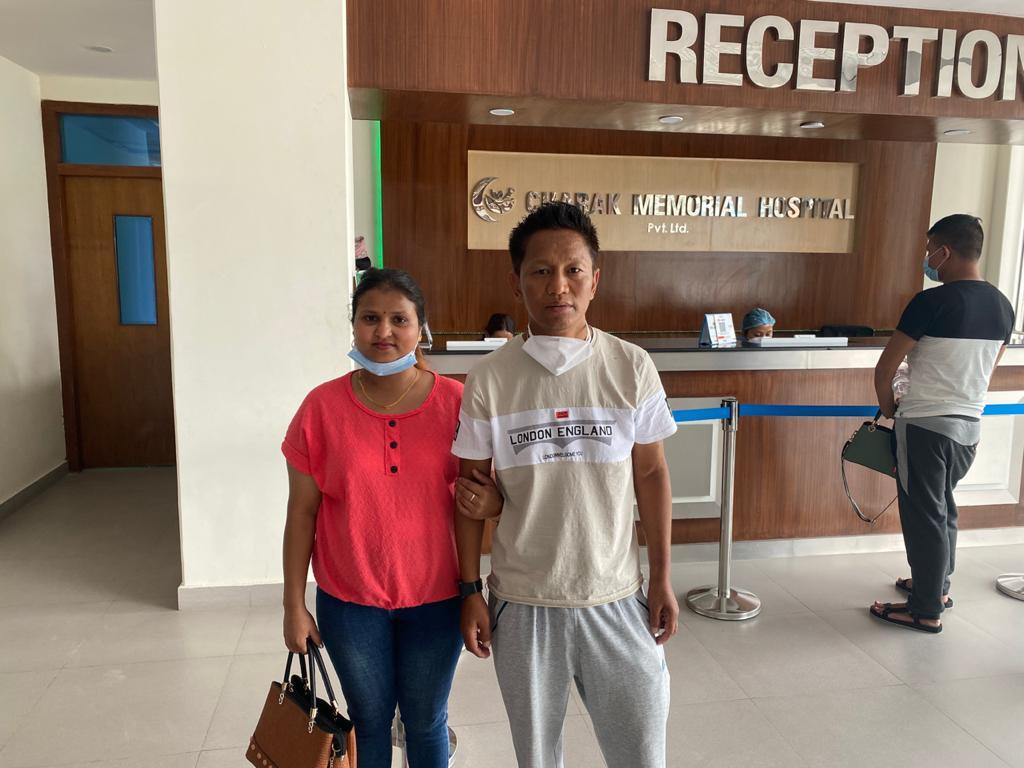 Mr. Gurung, a 39 years old young man, was found unconscious, lying on the street on the 21st September 2019. He was taken to a local government hospital in BesisaharLamjung, where he received treatment by charity as had nobody to care for him. Both parents died long ago, has no other relatives except for a sister that is deaf and blind and lives in a remote village. He was not married and had no friends.

He was found to have kidney disease with end stage kidney failure and needed dialysis. Since dialysis is not available in Lamjung district, he was referred to us.

We have received him in a desperate condition on the 28th September 2019. He was unconscious, and we right away started his dialysis. Next day he regained consciousness and told his story:

He used to work in a small restaurant at ManangChowk in BesisaharLamjung. He used to cook momo and noodles. He developed fever but he did not have money or means to get checkup or treatment. After several days of fever he started vomiting and completely lost appetite. After about 20 days of high grade fever he lost consciousness, and does not remember anything till we dialysed and he woke up.

Such cases have little chance to survive as without co-payment they will nowhere be able to get treatment, especially given that he was unconscious and no relatives. Our foundation has taken up the task and became the advocate for him. Jeewasha Foundation has arranged his regular dialysis seat and he got an AV fistula operation done, all arranged as charity. Usually the regular dialysis seats are filled up and it is difficult and hassle to get a seat, but for him we managed to arrange it.

He stayed a week at Charak Memorial Hospital where his treatment charges were alleviated and taken care by Jeewasha Foundation. After a week of dialysis and care he was feeling much better and was discharged. His placement was arranged at a Humanitarian Shelter where he stayed until he recovered well. As his condition was improving, he continued dialysis twice weekly and he started helping in the Shelter`s office. After a few months he reconnected with his old time female friend and got married with her. Now they are renting a room and living on their own. They started a business together and opened a tea shop. He is continuing his dialysis and will need it for lifelong. Jeewasha Foundation has successfully helped him to get over this critical period, and he managed to become independent now. 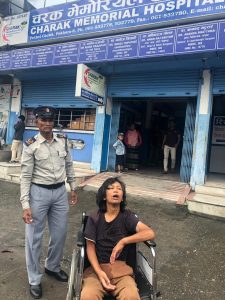 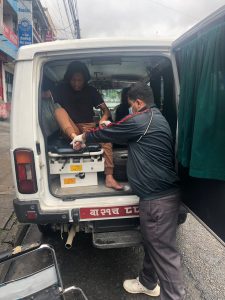 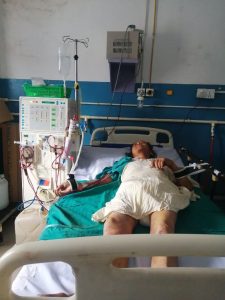 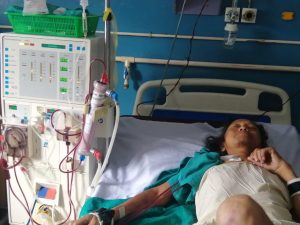 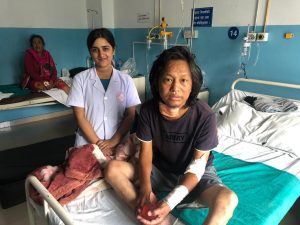 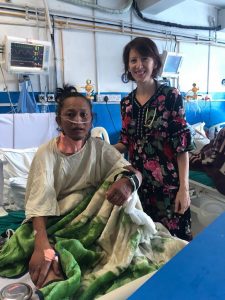 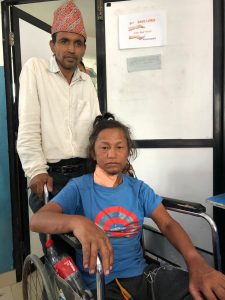 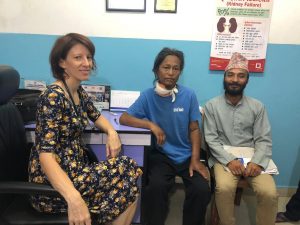 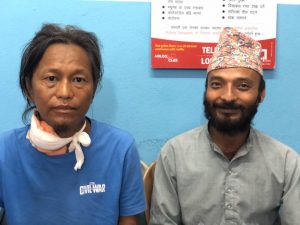 June 15 with his wife 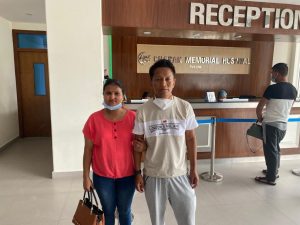 His is a true success story.